dancechanneltv
Admin
posted on 5 years ago — updated on 1 second ago
148
views
Memorable stories are all around us. They are in the opera, in a musical, in a song, and in a book. Ballet is unique in its storytelling where the tale is told in the dance, without words, with only music to guide the dancer across the stage. There are hundreds if not thousands of ballets composed since ballet was first created in Renaissance courts and we picked five we think you should take time to see.
Here we go… 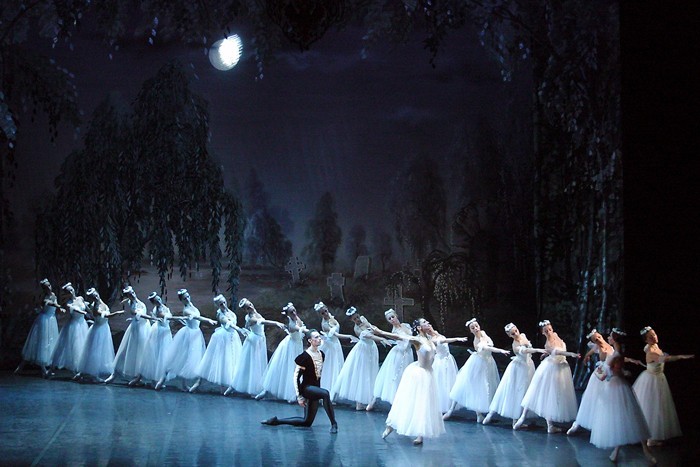 Performed in two acts this ballet was premiered at the Salle Le Peletier in Paris on Monday, June 28, 1842. Carlotta Grisi, a prima ballerina hailing from Italy, performed in the title role. This was an instant hit and made its way across Europe. The version choreographed by Marius Petipa during the turn of the twentieth century is the one that is frequently revised today.

Set in the Middle Ages we meet Duke Albrecht of Silesia and Giselle, a shy and lovely commoner, with whom he has fallen in love. Still, Duke Albrecht is promised to Duke of Courtland’s daughter. Albrecht puts on a disguise, and goes by the name of Loys, with the intention of courting Giselle during the grape harvest festival.

When learning of Loys betrayal Giselle dies of a broken heart. The first act ends with Berthe sobbing over her daughters deceased body. Hilarion and Albrecht begin to fight until Albrecht runs away in agony. 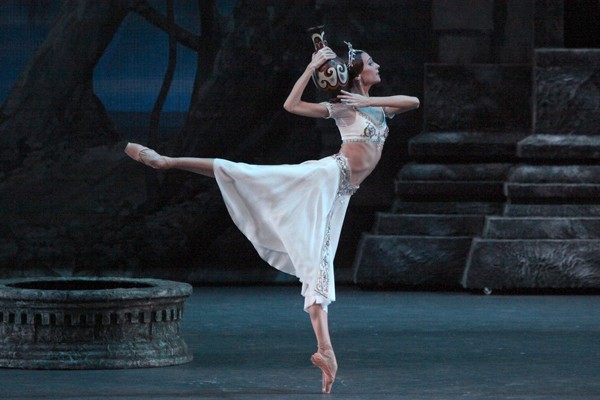 This famous ballet was first choreographed by dance legend Marius Petipa alongside the musical works of Ludwig Minkus. Originally composed and produced as a piece specifically for Ekaterina Vazem, prima ballet and instructor of the early twentieth century. She created the lead female role and this first performance was held at the Imperial Ballet in St. Petersburg.

Sergei Khudekov was the original creator of this famous ballet along with Petipa.  Nikiya, a dancing girl, and Solor, a warrior who have just taken an oath of faithfulness to each other. Yet Solor is not the only man in love with Nikiya, The High Brahmin wants her for himself.

To make matters more complicated Solor has been selected to we Gamzatti, the daughter of Rajah Dugmanta of Golconda. Nikiya has agreed to dance at the woman’s wedding not knowing her love Solor is the betrothed.

The High Brahmin tells the Rajah of Solor’s vow of love to Nikiya hoping the Rajah would kill him. Instead, the Rajah feels it is Nikiya who should die.

This ballet has been reprised and reproduced many times, with productions by famous ballet companies and individuals like The Kirov Ballet, Natalia Makarova, and Rudolf Nureyev. 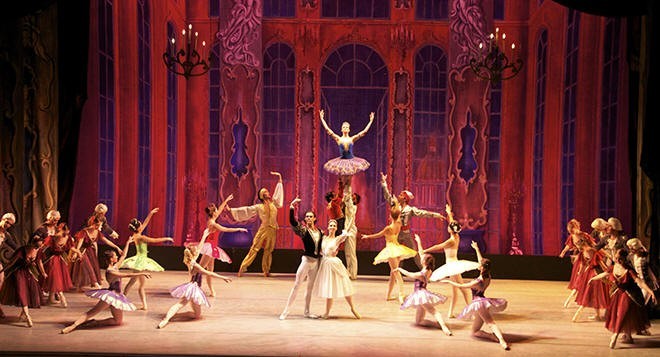 Composed by Sergei Prokofiev, this classic tale was first brought into the genre of ballet in the early nineteen forties. Since its first performance this loved ballet has been moving dancers and choreographers to recreate the piece.

Cinderella premiered at the Bolshoi Theatre in Moscow on November 21, 1945. Rostislav Zakharov choreographed with ballerina Galina Ulanova dancing in the lead role. This version is popular because the stepsisters are depicted in a comedic way.

This ageless story tells the tale of a lovely girl who is degraded, humiliated, and bullied by her step-mother and step-sisters. The evil trio is getting ready for the Spring Ball and Cinderella helps. Gossip has told the ladies that this is the event in which the prince will choose his bride.

A woman in need of somewhere to stay comes to their door and Cinderella gives her some slippers and a place to sit. Later, after the family sans Cinderella head for the ball, the woman returns and reveals that she is Cinderella’s fairy godmother. She has turned the slippers from old cloth into glass.

When stepping into them Cinderella is transformed from rags into a beautiful dress. The fairy godmother warns her though, as she heads to the ball, at midnight all of it will turn back to the way it was. The rest is history. 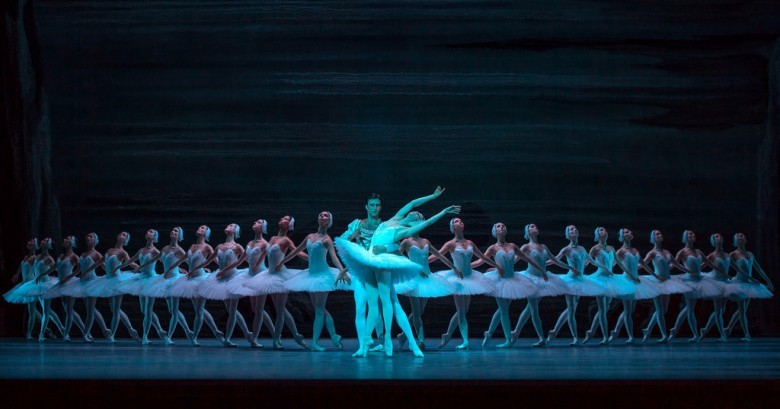 Arguably the most famous ballet of all time, ageless tale has been reconstructed, reprised, and reproduced multiple times over the span of a century. Composed by Tchaikovsky in 1875, this story was a flop in the very beginning. It combines two Russian folk stories into two acts.

First we meet Prince Siegfried on his birthday surrounded by his friends and his subjects. The Queen announces it is time for Prince Siegfried to choose a bride and end his carefree ways. Siegfried, saddened by the lack of love this marriage will include, goes on a hunt for swans with his friend Benno.

Alone by the lake hunting Siegfried takes aim but is shocked when he sees one of the swans transform into the lovely maiden Odette. When seeing him Odette is afraid. He convinces her that he intends no harm so she tells him of her true identity as the Swan Queen. Odette is under a horrible spell that Von Rothbart, the sorcerer, had cast upon her and all her female companions.

The women turn back to swans and Siegfried vows to win Odette’s love. Meanwhile, his mother has arranged for him to meet six princesses, one of who she wants to be chosen as his bride. The sorcerer crashes the party with his own daughter Odile, who is dressed to look like Odette. He hopes the prince will choose her for his wife 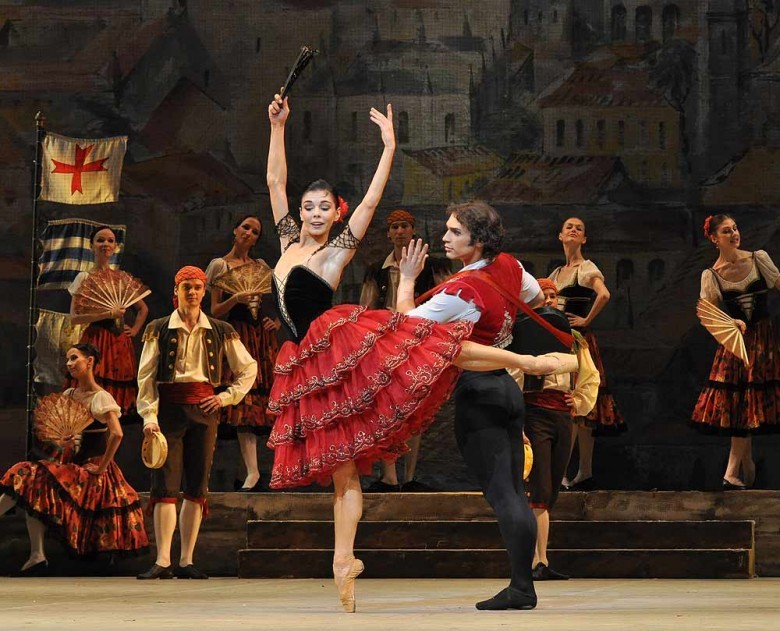 Consisting of four acts this popular ballet was based on the Miguel de Cervantes novel of the same name. Also originally choreographed by Marius Petipa and composed by Ludwig Minkus this work premiered on December 26, 1869 at the Ballet of the Imperial Bolshoi Theatre in Moscow.

Don Quixote falls asleep while reading and dreams of Dulcinea, his idea of a perfect woman. In his dream he is a knight defending her. Sancho Panza comes into the room and Quixote is awakened. Women from the village are chasing him and Don Quixote demands they leave.

In Barcelona Kitri tells Basilio that she loves him. Lorenzo, Kitri’s father overhears them and tells her she will never see Basilio again. She is promised to Gamache, a local nobleman. Quixote and Sancho appear. When seeing Kitri Don Quixote thinks she is Dulcinea.